When most people think of couples therapy, they think of meeting weekly for an hour at a time. Increasingly, however, couples and professionals alike are recognizing the limitations of such a model. I have found that certain couples benefit from an intensive approach — a longer “marathon” session that typically lasts the whole day — in order to reset their relationship and get back on track. If you’re in the market for relationship help, here are four reasons to consider a couples intensive over traditional methods.

If you broke your arm, you wouldn’t schedule an appointment with your primary care provider.

You would proceed directly to your nearest emergency room and get the intervention that matches your level of need.

So why would you respond differently when your relationship feels “broken?” 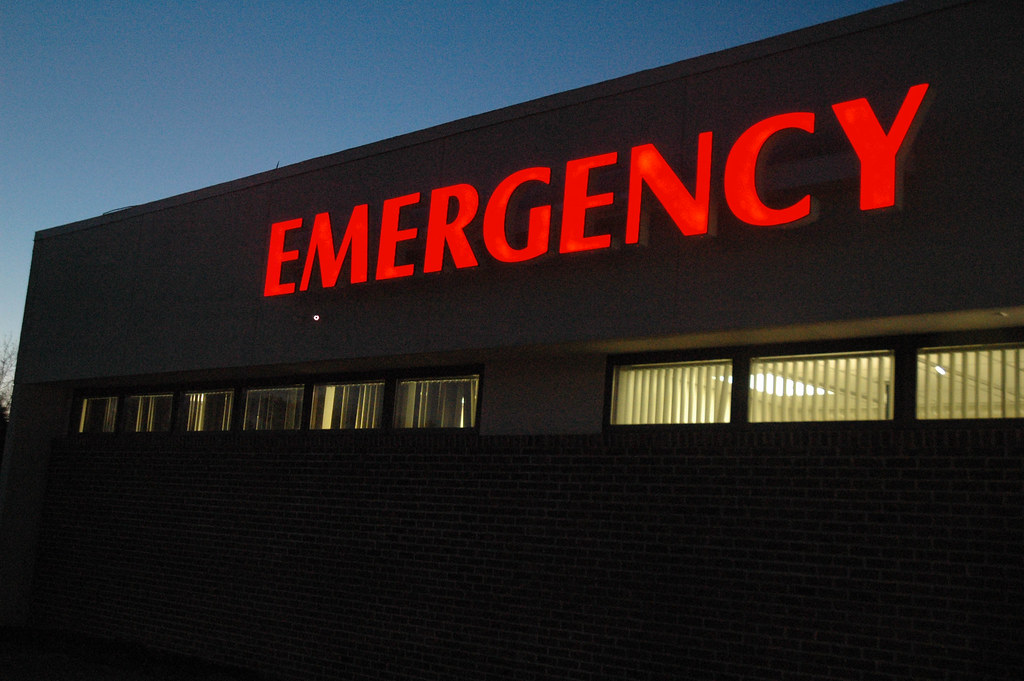 Why do couples routinely seek out watered-down treatment when their families are on the brink of dissolving? Why is it industry-standard to address urgent issues on an hour-a-week basis?

Culturally, we place little value on mental health and even less on relational health. The very thought of a therapist’s office conjures up images of clients sipping tea and discussing trivialities, rather than the reality that is often two people fighting for their lives together.

But consider what is at stake when your relationship is in crisis:

2) You Need Clarity and You Need It Fast

The primary goal of the couples intensive is clarity about the workability of your relationship. At the conclusion of our time together, you and your partner should pretty much be able to agree that you are back on track, or concede that it is time to go your separate ways. There are exceptions that we can discuss, but in general, I insist on this level of clarity for a simple reason: you both deserve it.

There is a word for waking up each day next to someone who is unclear about you. That word is torture. Living in a constant state of limbo is hell for both partners, as well as any children involved. Without clarity and commitment, we simply cannot feel cherished.

Unfortunately, I’ve found that the traditional format of meeting weekly can actually stabilize these ambiguous arrangements.  Both the couple and the therapist can be lulled into a false sense of “working on it.“ Partners begin getting just enough to keep them from walking out the door, but the underlying commitment problem simply doesn’t get addressed. 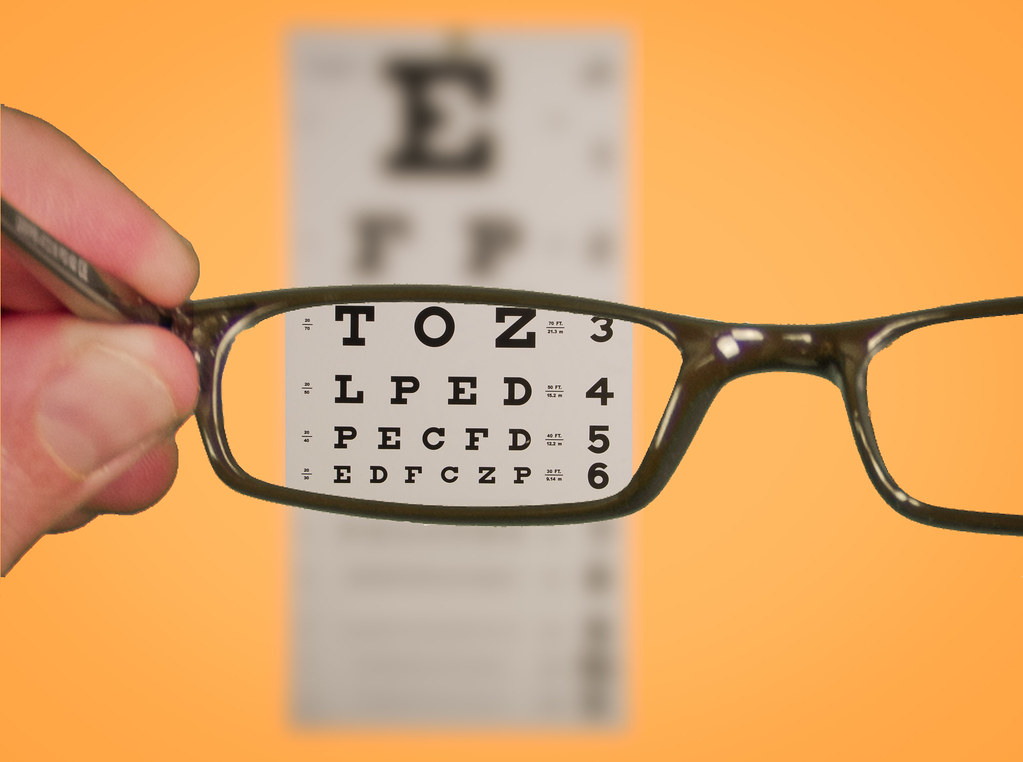 An intensive format is better suited for helping you to get the clarity you need to move forward because it proceeds with the explicit goal of confronting ambivalence — one or both partner’s unwillingness to make a decision about fully staying or fully leaving a relationship. Ambivalence is best tackled in longer sessions because it’s typically a tough nut to crack. By nature, ambivalence does not want to be looked at directly, and ambivalent partners can generate any number of issues to distract from the real problem.

When ambivalence is addressed casually in weekly sessions, there are large intervening gaps during which it has ample time to reinforce itself. Ambivalence is so toxic that exposure to it often overshadows the progress made in therapy. Consider a parallel example from the medical world:

Imagine you cut your foot open while walking barefoot outside. The gash is so big that it requires stitches. Before the professional even thinks about closing the wound, he or she first needs to debride it. Debridement is the process of removing dead or damaged tissue, as well as foreign and infectious material, and it is a crucial step for proper healing.

Now imagine that the professional is halfway through the process when a timer goes off. You are told that it’s time to leave because the next patient is here, but that your wound will be closed up (shards of glass and all) and tended to next week. You return for your appointment, only to learn that your cut is now infected and needs further debriding. This is an even longer and more involved processes, and you run out of time again. You repeat this cycle for several weeks, fully assured that you are being taken care of.

Of course, the world of therapy is not as clear-cut as the world of medicine, but the spirit of the analogy holds. It is not always feasible to get where we need to get in a 50 minute appointment, and in the process of trying to get there, it is indeed possible to do more harm than good. When I hear “therapy hurt our relationship more than it helped it,” my first thought is not that the therapist was unskilled, or that the couple was beyond repair, it’s that they simply ran out of time. Weekly hourlies work beautifully for some couples, but for others it can set them up for failure from the start. Just like a bigger plane needs a longer runway, you will need more intensive and time-consuming work to address deeper issues.

It’s time we recognize relationship ambivalence as the psychological torture that it is. It’s also time that we recognize the limitations of the traditional way of doing things. Neither of you deserve to live in limbo. If you or your partner are on the fence, it’s time to get help getting off.

3) Your Window of Opportunity Shuts Quickly

Humans are finicky and fragile creatures. Typically, we only change when we have to, and motivation to do the work ebbs and flows with the magnitude of our own suffering. If your relationship is in crisis, now is the perfect time to act, but you have to do it fast. Otherwise, the window of opportunity may shut. Here’s a typical scenario: A couple has a big fight. The emotional caretaker (in a heterosexual relationship usually, but not always, the woman) demands that the couple get help. The other partner agrees begrudgingly, and they start “shopping around.” In the meantime, the two kiss and make up, and although the underlying issues haven’t been addressed, they no longer seem so urgent. Until…

You guessed it. Another blow up. Only this time, the fed up partner is ready to book. The couple shows up for their first session. They answer a few questions about their childhood. They talk about what’s bothering them. Time runs out. They leave, likely feeling in the dark about what they’re doing or where they’re heading. Maybe they attend another session, maybe they don’t. Maybe the more satisfied partner commits to doing better — just so long as we don’t have to do that again.

One limitation of meeting weekly, particularly to start out, is that motivation for change quickly fades. Couples who routinely find themselves in crisis are typically stuck in a pattern of seeking relief, not transformation. As soon as they are out from under the gun, the couple settles back into the status quo and the cycle repeats.

Traditional therapy works as long as motivation to change remains high, but because motivation naturally drops off as symptoms improve, many couples have trouble “breaking through” to the kind of relationship they want. I of course want to help my clients reduce their symptoms of anxiety, depression, criticism, blame, etc., but I also want to help them create a new vision for their relationship. This can only be done by altering each partner’s relationship with change. The couples intensive format uses the unpleasantness of the crisis to promote deep and lasting change. It provides enough time and space for partners to both fully feel the pain of their current situation and discover a way out. It builds motivation from the get-go so that each partner can start getting more of what they want out of their lives together.

At some point, it became taboo for therapists to talk about money. As a couples therapist who recognizes finances as a massive relationship strain, I find this approach to be irresponsible. I believe we should absolutely be talking about the investment you’re making, and what you can expect in return.

One of the more heartbreaking scenarios I see is one in which a partner’s stress about finances negatively impacts the relationship. When the other partner suggests getting help, anxiety about further financial strain pours fuel on the fire. The couple is often left feeling stuck in a catch-22: gamble on a therapist and hope spending money pays off, or roll the dice another way by foregoing needed treatment.

In my view, it’s not so much that these couples can’t “afford” therapy, it’s that they don’t anticipate a good return on their investment. In order for a couple to keep coming back to therapy, they must feel convinced that they cannot achieve what they are being sold by themselves. If all we’re selling is a new place to argue, then yes, therapy becomes very expensive. If we’re offering a radical new approach to relationships and a level of love and positivity like they’ve never experienced, then the decision to invest becomes easier.

Viewing therapy as an “investment” versus a “treatment” may come off as overly transactional, but every treatment is an investment that may or may not be worth it. This is why people with terminal illness frequently decline risky interventions that, even if successful, might only prolong life by a few months or years. The investment of their time, physical pain, and emotional strain just don’t seem worth what they are receiving in return.

A business coach once told me that a good product or service ought to offer the client a 20x return on their investment. Would you spend $1,000 to head off a $50,000 divorce? Are you willing to be vulnerable and uncomfortable for a spell in order to put an end to emotional violence in your family? Are you ready to risk the relationship you have to get the one you want?

Ultimately, I can’t answer those questions for you. What I can offer is some professional insight as to why an intensive format may offer a better return on investment.

First of all, more work can be done in less time. This is based on research into how our brains code emotional safety. Because of the way we’re wired, more work can be done in one six-hour session versus six one-hour sessions. Less time is spent orienting to the environment, transitioning into emotional content (a huge energetic demand), rehashing tired old arguments, and updating an what has happened in between sessions. Not to mention the time saved on the commute!

Secondly, the couples intensive is time-limited, versus indefinite. The structure naturally makes the work more potent, but it also puts a cap on how much you are spending initially. I find that this reduces ambiguity of kinda-sorta-waiting-to-see-if-this-is-working. Progress is cumulative, meaning what happens in the fourth hour of therapy is predicated upon what happens in the first three. In an hour-a-week format, it is tempting to evaluate each session for its return on investment rather than seeing the value in the entire process. In the intensive format, you can easily and relatively quickly see the value you are getting. From there, you can decide if ongoing support is warranted and worth it.

Finally, the intensive provides a better ROI because it is intended to promote change at a deeper level rather than provide temporary relief. In the intensive, we aren’t just patching and painting over cracks in the walls, we are tearing the house down to the studs and repairing the foundation. Surface repairs are cheaper initially, but the cost, both financially and emotionally, adds up in the long run.

Your investment of time, money, and emotional labor is something a hold in the highest regard. It is never my intention to keep clients indefinitely, and if I had it my way, I’d work myself out of a job. I encourage you to be thoughtful about where you put your energy, and the intensive format is one way I’ve tried to make this work worth your while.